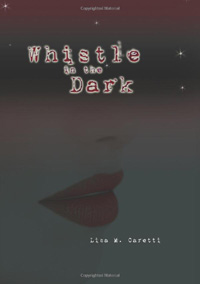 Whistle In The Dark by author Lisa Caretti
From the beginning to the end Whistle in the Dark is filled with suspense, intrigue and mystery. Author Lisa Caretti has a way of making you feel as though you are right there with the characters. Find out for yourself….Whistle in the Dark is a wonderful, compelling story.
In the suburbs of Chicago, Psychologist Dena Davis has devoted her life to helping others deal with the aftermath of violent crimes. A victim herself, she has led a quiet life ever since her husband was killed in a plane crash several years ago. But when an attempted murder disrupts the tranquil life she had pieced together for herself, Dena hires Private Investigator Nick O’ Neal to hunt down the would-be killer. In their search for the truth Dena and Nick unravel a twisted and evil connection to her past. As the horrors begin to unveil, Dena realizes she has no one left to trust.
Buy Whistle In The Dark Book by Author Lisa Caretti